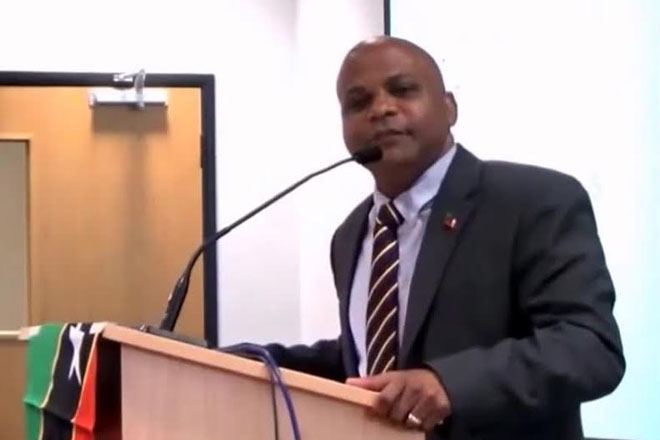 (ZIZ News) – When the Hon. Lindsay Grant met recently with nationals of St. Kitts and Nevis in the United Kingdom, he reminded them of Team Unity’s significance to the future of the country.

The Team Unity-led government of St. Kitts and Nevis was elected on February 16th 2015 and Minister Grant still has high praise for the tripartite organisation.

Minister Grant holds responsibility for Tourism in the Federal Parliament, the ministry that coordinates the annual St. Kitts Music Festival.

He said it is important for him to ensure that local young people are able to benefit from the festival.

He said, “As I was on the grounds of the Music Festival, I think on the Friday evening, a young man who was part of a film crew came over to me and he said ‘I want to thank you and the government for putting your trust in the young people because if you look here tonight, we have 19 young people who are part of this music festival at the highest level, filming and doing a production that is going to go internationally,’ 19 young people whose talents we invested in, whose talent we gave the opportunity to perform and I must tell you they performed, par excellence.”

Minister Grant was part of a delegation, led by Prime Minister Harris, which included Attorney General Hon. Vincent Byron, in the United Kingdom earlier this month.