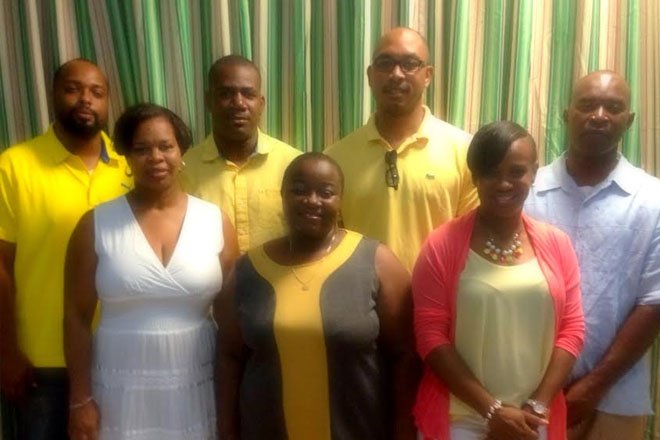 Over 200 members including 126 official delegates of the People’s Action Movement elected a new team to manage the affairs of the party over the next year.

The party held its 50th annual caucus or delegates convention on Sunday Afternoon June 7th at the OOJJ’S Convention Center. The Delegate convention had various groups and organizations within the People’s Action Movement discussing and analyzing the issues and concerns of the last year as well as discussing the way forward for the party as a partner in the historic Team UNITY Government .

The highlight of the afternoon’s proceedings was undoubtedly the election of officers of the Party’s executive.
Hon. Shawn K. Richards was re-elected Party Leader unopposed. The delegates unanimously elected the Hon. Eugene Hamilton and Jonel Powell as the party’s two Deputy Political Leaders .
Valentine Lindsay was re-elected as Party Chairman with Vanessa Phipps as his Deputy. Ms Ryllis Percival who previously served as Assistant General-Secretary was elected Treasurer while Attorney Natasha Grey was elected Assistant General Secretary. Greg Herbert was elected as the party’s Public Relations Officer.
Party Leader Hon. Shawn K. Richards expressed his satisfaction with the delegates convention and suggested that the event reflected the vibrancy of the party and the immense enthusiasm of the membership.

“The delegates convention was an enthusiastic, exciting and exuberant event and we are truly satisfied that the party remains as dynamic, vibrant and popular as ever,” said Richards

The elections reflects the youthfulness and vibrancy of the party . Closer look at the executive would reveal that with the exception of Hon. Eugene Hamilton all of the executive members and the leadership were born after the party was founded some 50 years ago.

The Executive Officers Positions will be ratified at the Party’s 50th Annual Convention in one week on June 14th at Party Headquarters.