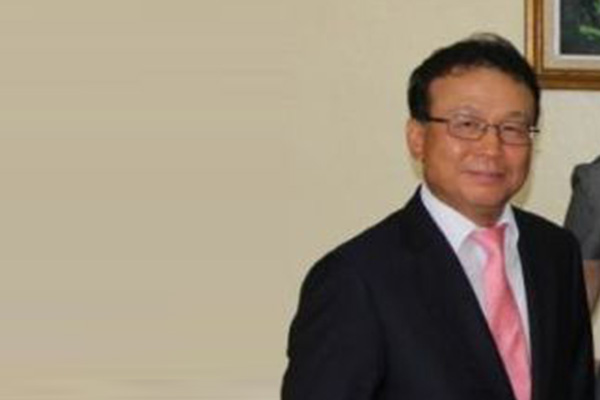 St. Kitts, (EMU): The Ministry of Education welcomed a new addition to its fleet of Hyundai School Buses when His Excellency Park Dong-sil Ambassador of the Republic of Korea handed the bus over on Wednesday March 19.

Mr. Williams said his nineteen years of experience in Education he has witnessed the development of many youth from throughout the country who have taken the ‘Hyundai Highway’ from Home to School.“

Chief Education Officer Ms. Clarice Cotton was exuberant in her expression of gratitude for the new bus revealing that the use of school bus transportation was one element of a progressive Education strategy, employed by St. Kitts and Nevis years ago, being the first country in the Eastern Caribbean to provide Universal Secondary Education.

The Chief Education Officer as she thanked Ambassador Dong-sil, also expressed gratitude to the committed school bus drivers who had had to be creative in transporting children to school earlier this year when a few of the existing buses broke down.

In response, His Excellency Ambassador Park Dong-sil confirmed his country’s commitment to good relations with the Federation emphasizing the long standing nature of the relationship.

The ambassador promised to do all in his power to ensure that the Federation gets another school bus later this year.

Minister of Foreign Affairs Hon. Patrice Nisbett reflecting on the significant benefits of bilateral relations between St. Kitts and Nevis and The Republic of Korea expressed appreciation and well wishes to His Excellency Ambassador Park Dong-sil whose tenure in this region is nearing completion.

The Minister of Foreign Affairs further highlighted that cooperation and support transcends tangible grant aid and includes support in the multilateral arena for countries like the Federation of St. Kitts and Nevis and the Republic of Korea that are challenged by adversities such as climate change.