(Press Unit in the Office of the Prime Minister) – Close to five hundred individuals from the Hispanic community residing in various communities throughout St. Kitts were in attendance at a public forum hosted by the Team Unity-led Government on Thursday, March 21, at the Newtown Community Centre in East Basseterre.

Persons of all walks of life – the elderly, youth, sportsmen and women – packed the halls of the Newtown Community Centre to meet and greet Prime Minister Dr. the Honourable Timothy Harris and his team, and to share their concerns and outline how they can further participate in the development and progressive agenda of the Federation.

The honourable prime minister, who was there at the invitation of the Latin Community, presented his entire opening remarks in Spanish connecting his listening audience. This gesture was noticeably welcomed by those in attendance, who showed their appreciation with a resounding round of applause.

In his presentation, Prime Minister Harris said it is because of the special relationship shared between St. Kitts and Nevis and Hispanic countries, particularly the Dominican Republic, why public forums such as that which was held on Thursday evening are important. According to the prime minister, this special relationship dates back to the days of the sugar industry.

Dr. Harris said, “We are happy on this occasion to welcome you to our country, remembering with fondness and gratitude that one time long ago our people too visited your country for improved opportunities. We are happy now to be able to reciprocate and we want you to feel welcomed and safe in our country.”

Many of those in attendance seized the opportunity to air their views and concerns directly to the prime minister and his Cabinet colleagues. Some of these issues include housing, social safety nets, citizenship, residency, social security, discrimination and employment.

Others praised the work of Prime Minister Harris and the Team Unity Administration and pledged to work hand in hand with the government in the interest of nation building. 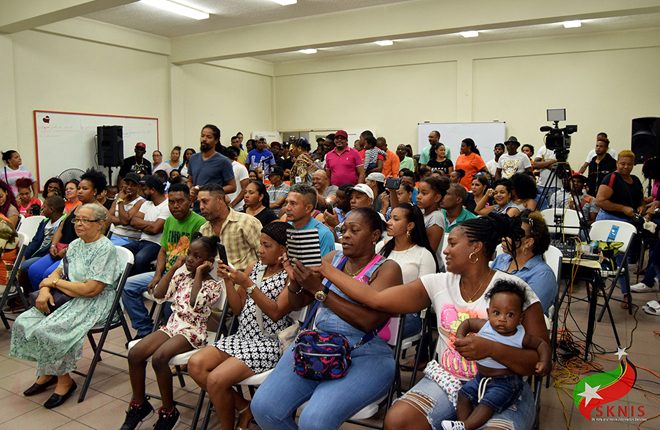 Audience at Thursday's public forum with members of the Hispanic community 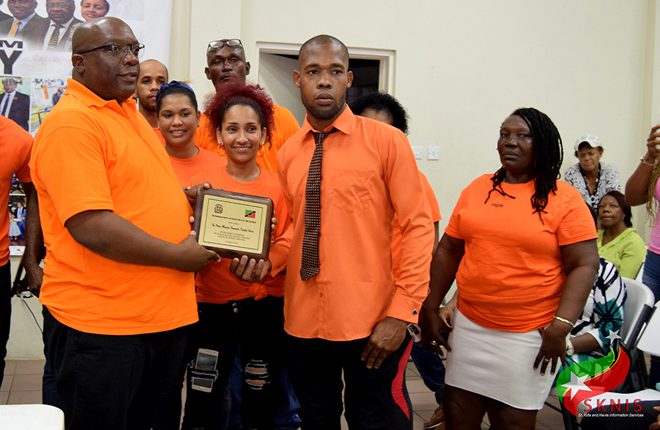 PM Harris receives plaque from the Dominican Sports and Cultural Club of St. Kitts and Nevis 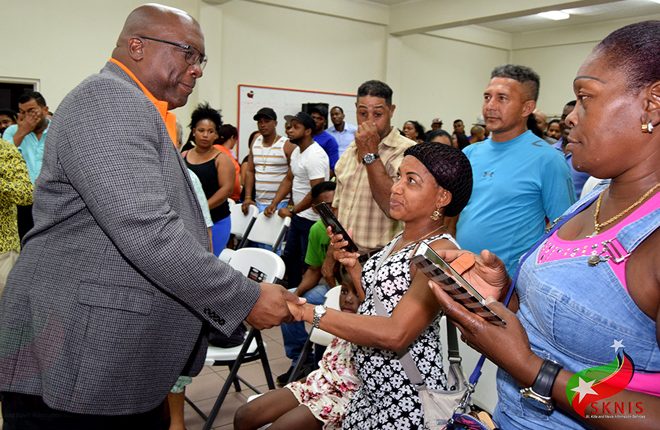