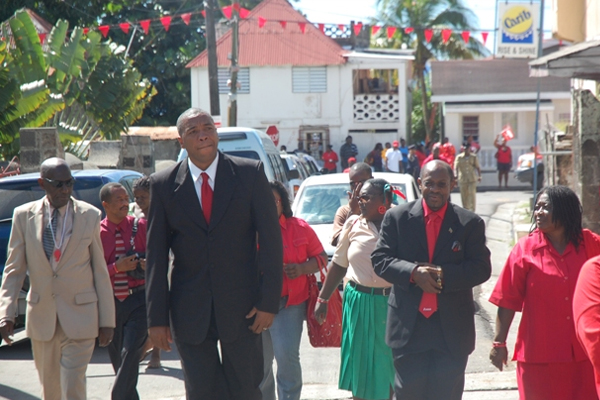 Hundreds to converge on The Circus after nomination of Labour candidates

Political Leader and Prime Minister the Right Hon. Dr. Denzil L. Douglas and his seven other candidates are expected to be join by hundreds of supporters at the various Nomination Stations.

Candidates are expected to be supported by hundreds of supporters who will converge for a public meeting at The Circus in Central Basseterre at 3 pm and another at 8 p.m. at Trafalgar in West Basseterre.