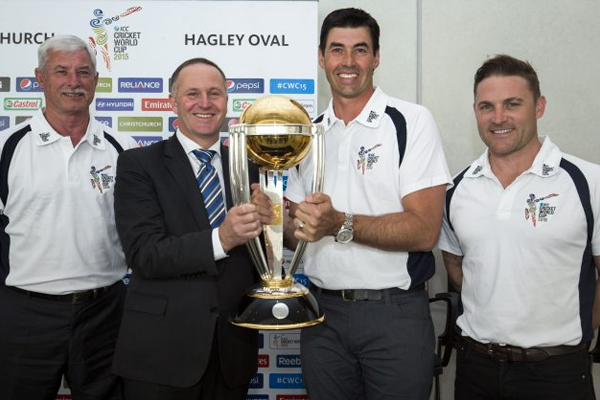 Dubai, United Arab Emirates — The Melbourne celebration will involve World Cup players and legends, cultural and music performances, a spectacular fireworks display and a yet to be revealed “special moment”.

It will reflect the diversity and excitement of the 14 competing nations and include some icons in Australian entertainment.

Both events will form part of a broadcast package to be televised around the world by Star Sports and its licensees. In Australia it will broadcast by FoxSports and the Nine Network. In New Zealand, it will be broadcast on Sky Sports and free-to-air on Prime.

ICC Cricket World Cup 2015 chief Executive John Harnden said: “Melbourne will welcome the ICC Cricket World Cup 2015 to Australia for the first time in 23 years with this Opening Event. “The Victorian Government along with Victorian Major Events Company is giving us great support to put on this show for the tournament in Australia and I’m sure it will get us off to a great start.”

Head of New Zealand for ICC Cricket World Cup 2015 Therese Walsh said: “We’ve planned an opening event that will appeal to all ages and one which provides a chance for the people of Christchurch to come down to Hagley Park and celebrate their city’s important role in the tournament.”

The ICC Cricket World Cup 2015 Opening Event in Australia is a free event, which will be ticketed. Tickets will be available to the public on a first come, first served basis. Members of the public interested in attending should go to www.cricketworldcup.com from midday Australian Eastern Summer Time on January 12, 2015 and follow the prompts. Each applicant can request up to four tickets. The Christchurch event is also free, but will not be ticketed.