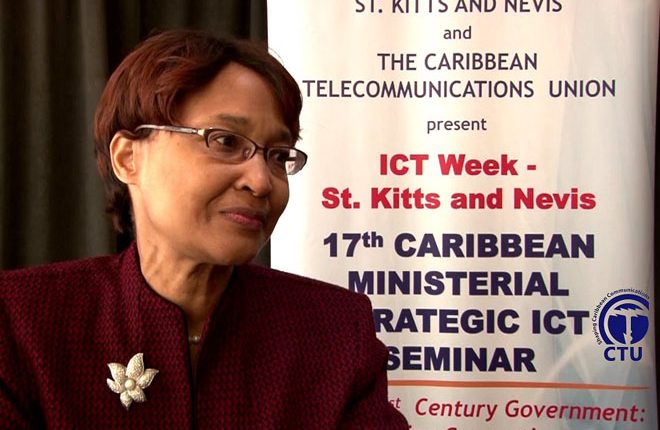 Basseterre, St. Kitts, September 29, 2017 (SKNIS): ICT (Information and Communication Technology) Week St. Kitts and Nevis successfully wrapped up on Friday (September 28) leaving delegates from across the Caribbean region with a wealth of knowledge on the latest technological advancements and how they can be used to enhance the life of citizens and government operations.

The St. Kitts Marriott Resort was the venue for the September 24 to 28 event attended by ICT Ministers of Government from member states of the Caribbean Telecommunications Union (CTU), as well as private sector and civil society stakeholders.

A key feature of the week was the 17th Caribbean Ministerial Strategic ICT Seminar that was held on September 26 and 27. The main focus was the promotion of 21st Century Government which encourages the use of technology systems and processes to streamline services to the public thereby reducing costs and enhancing efficiency. Delegates also learnt more about the dangers associated with some services technological devices that include addiction, the spreading of fake news and the like. The final day of the five day seminar saw Persons with Disabilities being exposed to technology that enhances the functionality for blind and deaf citizens.

General Secretary of the CTU, Bernadette Lewis, said the week “was great.”

“It was really, even for me, very educational and I would really like to thank the Government and people of St. Kitts and Nevis for hosting so marvelously. It has been a tremendous success,” she said. “We have achieved all of our objectives; in some cases they have been exceeded.”

However, Ms. Lewis added that there is still a lot of work to be done and there are some things that will require more thought.

The CTU’s Secretary General noted that her organization has been close partners with the St. Kitts and Nevis government working on a number of projects including a Government Wide Area Network (GWAN) project. The GWAN will enhance government’s communication and the delivery of e-services to the public.

A new partnership with the CTU and government will be unveiled in the coming months as a pilot on 21st Century Government will be rolled out in Nevis. Ms. Lewis said that she was excited by the implementation of the project, adding that more information will be revealed shortly.