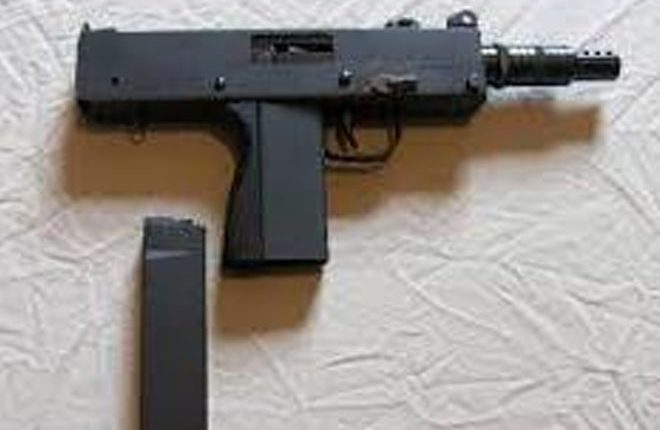 (RSCNPF): An early morning citizen safety patrol and search by officers of the Special Services Unit (SSU) and members of the St. Kitts Nevis Defence Force in St. Pauls has resulted in the seizure of an illegal firearm and matching ammunition.

While patrolling and conducting searches around 6.00 am on Sunday (June 04), the patrol discovered and seized of one Cobray M-11 pistol with a magazine containing fifteen (15) rounds of ammunition hidden on a property.

No one has been held accountable for the find.

This seizure comes on the heels of nine (9) seizures in May, and brings the total of illegal firearms seized so far in 2017 to twenty-three (23).

The Royal St. Christopher and Nevis Police Force continues its appeal to residents and citizens to come forward and share any information they may have with regards to crime and criminal activity. Citizens can do so by calling any Police Station, Crime Stoppers at 1-800-8477 or by using the SKN Crime Reporter App on a Smartphone.