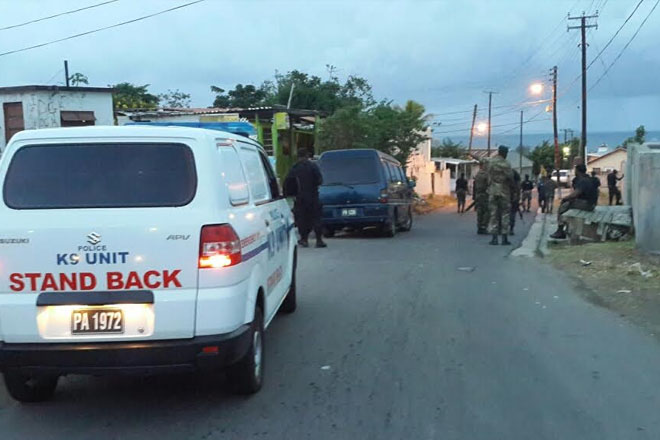 Illegal Firearm Removed From The Streets

(ZIZ News) — A stop and search operation in Basseterre early Saturday morning has resulted in the confiscation of an illegal firearm with matching rounds of ammunition and the arrest of one individual.

According to Assistant Commissioner of Police with Responsibility for Operations, Vaughan Henderson, at around 3:45 am on Saturday, the force’s tactical patrols were out on patrol when they stopped and searched a young man and the vehicle he was driving.

During the search, one illegal pistol was found with matching rounds of ammunition.

It is expected that a number of charges would be brought against the individual.

The confiscation and arrest underscores the increased vigilance of the security forces in crime fighting and comes days after the Police High Command shared information during an interview on ZIZ Radio about their beefed up operations to enhance public safety in the federation.

ACP Henderson said they will continue their aggressive approach in dealing with violent crimes and noted that the stop and searches are critical and will increase.

He also said the police force will be more visible in and around hot spots “and on our streets in general.”