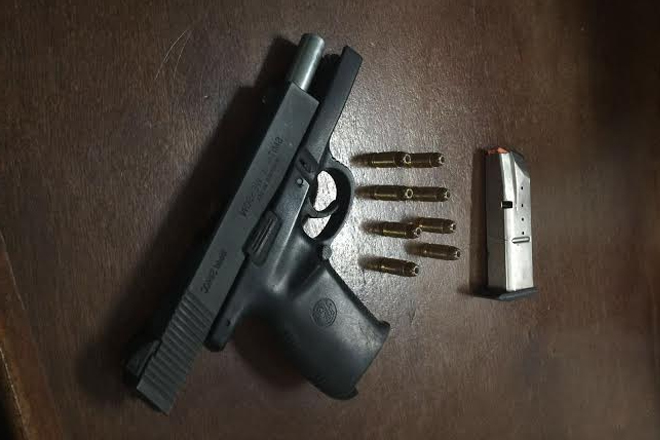 Illegal firearm seized during stop and search in Ottley’s

(RSCNPF): A combined search operation by the Special Services Unit (SSU), the Anti-Drug Unit and the St. Kitts and Nevis Defence Force has resulted in the seizure of a .40mm pistol and a magazine with matching .40mm ammunition.

The search operation in Ottley’s Village around 6.30pm on Tuesday (February 23) resulted in the stop and search of a group of young men. A seventeen (17) year old male within the group was discovered to have on his person the illegal firearm and ammunition.

He was arrested and interviewed in the presence of his mother. Charges would be forthcoming.

This brings to three (3) the number of illegal firearms removed from our communities so far in 2016.