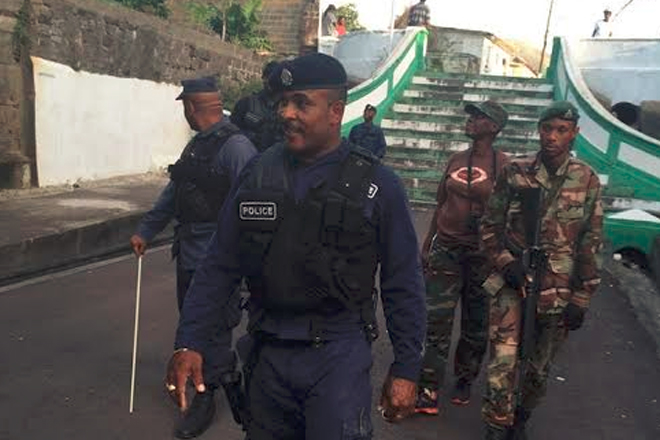 (RSCNPF): The seizure of an illegal firearm by officers of the Nevis Division on Friday (August 19) and the seizures of two “fake” firearms on Saturday (August 20) tripled with the discovery and seizure of two (2) illegal firearms and fifty one (51) rounds of ammunition in Conaree on Tuesday night (August 23), underscores the Royal St. Christopher and Nevis Police Force’s commitment to the removal of illegal firearms in our communities thereby contributing to the reduction of gun related crimes in St. Kitts and Nevis.

“Last year (2015) our officers removed twenty one (21) illegal firearms from our communities, and as of Tuesday night (August 23), eight months into the year we have surpassed that number with our latest seizure”, said Commissioner of Police Mr. Ian M. Queeley. Commissioner Queeley added, “the seizure of these illegal firearms are a result of vigilant officers, patrolling in our communities and carrying out their duties. It is also a indicator that our officers are being very thorough in their stop and search interactions.”

Commissioner Queeley noted that the removal of these illegal firearms can contribute to the reduction in violent gun related crimes over time. He said, “each removal is one less instrument available for use by those intent on committing a violent crime.”

“These numbers are a result of the efforts of our officers” said Commissioner Queeley, and he added, “the count to date is a good indicator that we are on the right track in this area.”