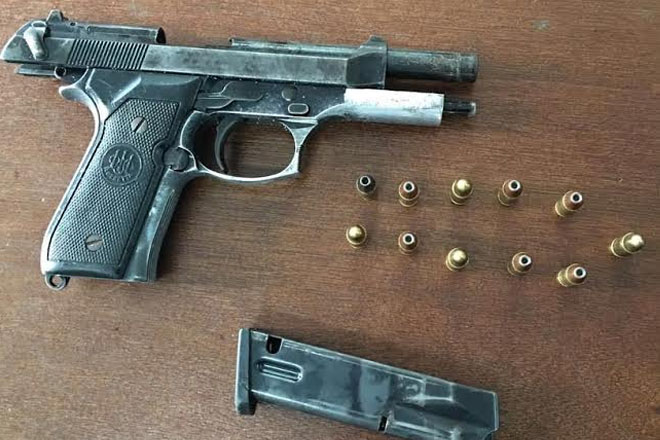 According to the police, during the execution of a search warrant on a residence in the ponds extension area, officers discovered and seized one 9mm berretta pistol and eleven rounds of ammunition.

Three persons were taken into custody and the police say charges are likely to be filed when the investigation is complete.

This seizure brings to eleven (11) the number of illegal firearms seized in the Federation to date this year.

And in other police news, a man who was wanted by the police has turned himself in.

Inebo Hendrickson, was wanted in connection with an armed robbery at Moneygram last weekend and turned himself in to the police on Wednesday.