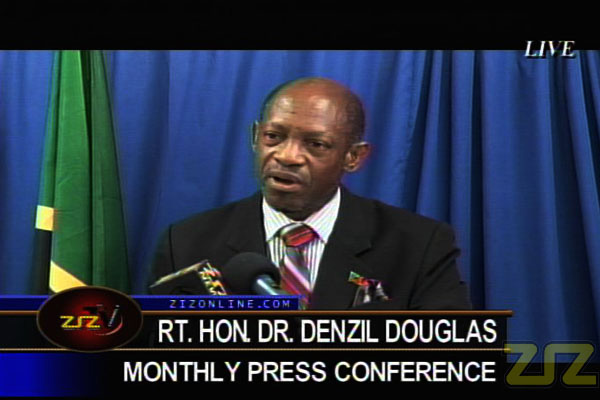 On Wednesday Prime Minister Douglas engaged members of the country’s media through another of his monthly press conferences at parliamentary lounge at Government Headquarters.

His opening remarks underpinned the recent positive report that was issued by the International Monetary Fund on the economic performance of St. Kitts and Nevis.

Prime Minister Douglas is of the view that and the report praises the calibre of financial management that his government continues to demonstrate.

“In summary, the IMF has pointed to the significant improvement in our debt sustainability and our fiscal profile and to the country’s strong economic recovery. It has also praised our having repaid our debt to the fund somewhat early, an act which has enabled us to avoid the heavy payment loan that we would have had to assume had we not been careful managers of the resources of at our disposal,” he said.

The nation’s leader, in speaking of the many positive international assessments that had been done on the federation’s performance, said residents should not take them for granted.

“Every positive report is the result of very hard work and an extraordinarily high calibre of financial management and we must not lose sight of this at all,” he said.