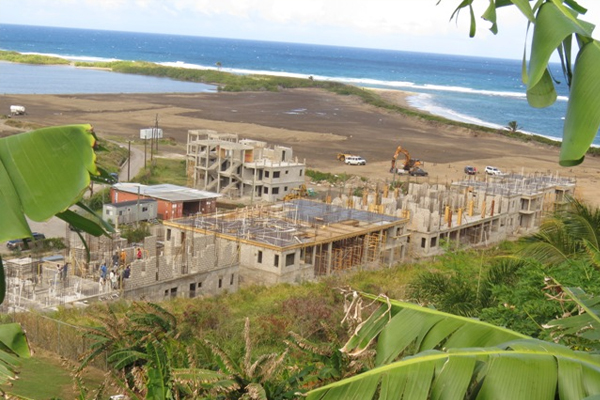 IMF says economic activity in St. Kitts and Nevis is picking up and that the debt to GDP ratio is on the way down

Basseterre, St. Kitts (CUOPM) – Another good economic report on St. Kitts and Nevis with news that the financial sector is stable and economic activity is picking up.

The latest report dated March 19th 2014, comes from the Washington-based International Monetary Fund (IMF), which states that the Government of St. Kitts and Nevis “continued to make commendable progress under their home-grown Fund-supported programme.”

“Economic activity is picking up after a four-year slump, inflation remains low, the financial sector is stable, and the fiscal and external positions are improving. Significant progress has also been made to strengthen public financial management,” said the IMF Executive Board as it announced the completion of the Seventh and Eighth Reviews under Stand-by Arrangement for St. Kitts and Nevis and the approval of a US$3.43 million disbursement.

The IMF statement from , Mr. Min Zhu, Deputy Managing Director and Acting Chair, said that the 2014 Budget passed by the St. Kitts and Nevis National Assembly in December 2013, “aims to protect the gains under the programme, continue the downward debt-to-GDP trajectory, and advance the reform agenda.”

It said that achieving these objectives will require sustained strict control of government spending and increased efforts to improve revenue collection.

“The bulk of revenues from the Citizenship by Investment programme should be saved to build buffers, facilitate a faster decline in debt, and finance productive capital projects. Containing public sector wage outlays and hiring will also be necessary,” said Mr. Zhu.

He also said that debt has fallen considerably due to completion of a large part of the debt-land swap, but remains high.

“Completing the agreement on the remaining debt-land swap should be a top priority. New measures should ensure that external arrears do not recur,” the IMF official said.

Mr. Zhu noted that while there have been significant advances in structural reforms, greater effort will be needed to implement the remaining planned reforms to generate further efficiencies in the public sector and foster private sector growth.

The IMF said that priority should be given to measures to enhance revenues by strengthening tax administration and limiting tax exemptions, and to streamline public expenditure, including through civil service reform.

“The banking sector remains resilient. Together with the Eastern Caribbean Central Bank (ECCB), the Government of St. Kitts and Nevis should continue its close monitoring of banks and their progress in reducing nonperforming loans. The sale of lands involved in the debt-land swap should commence expeditiously to bolster banks’ profitability,” said Mr. Zhu, who added that the authorities have taken welcome steps to strengthen the non-bank financial institutions supervisory framework.

“Continued efforts in this area are needed to support the stability of the financial system,” the IMF official submitted.