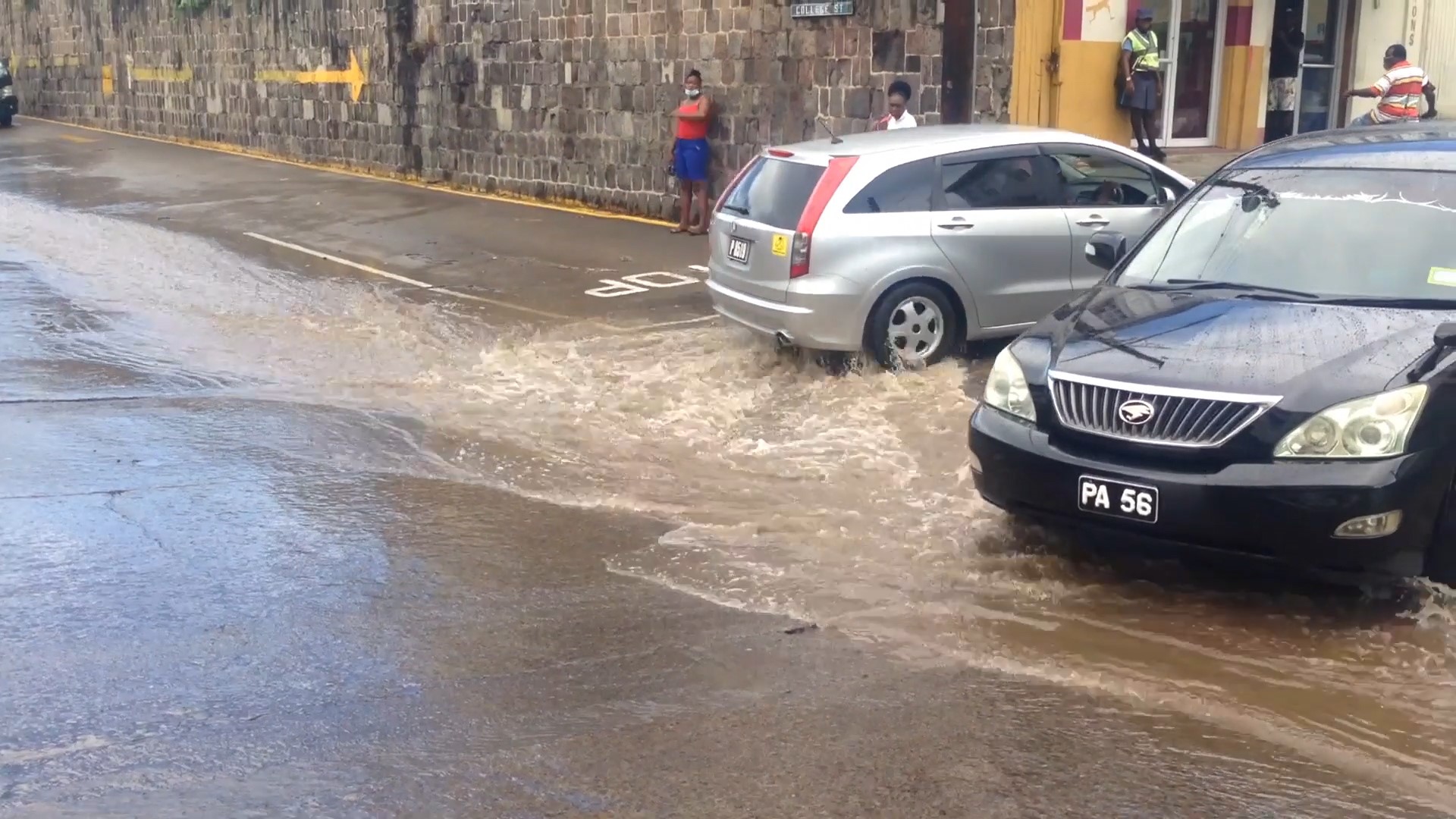 Extremely stormy conditions affected the twin island federation of St. Kitts and Nevis on Tuesday October 13 following the passage of a tropical wave.

The weather system produced heavy rainfall that caused flooding in low lying areas as well as lightning and rumbling thunderstorms.

There were several reports made by drivers and passers-by of continuous flooding in College Street Ghaut.

The St. Kitts Met Services earlier released a statement saying “We are closely monitoring an area of low pressure in the Mid- Atlantic as it is expected to approach the island chain mid to later this week.”