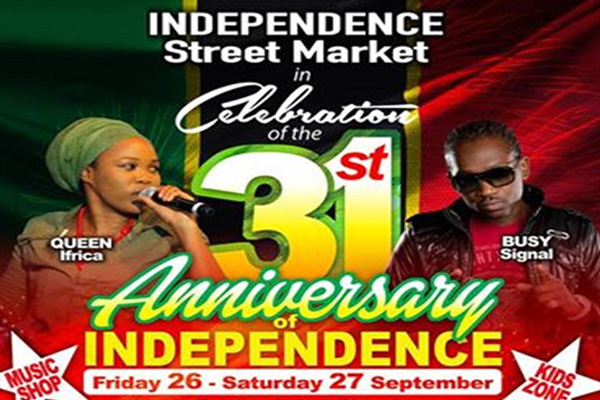 (ZIZ News) — The countdown is on to 48 hours of non-stop excitement in the capital city of Basseterre when the independence committee presents “Independence Street Market”.

According to the organising committee, tents will be sectioned off according to specialty. Among the divisions will be Agro Processors, Produce and Entertainment. There will also be a Food Court and Clothing Stalls

The Independence Street Market will stretch from Liverpool Row to Bank Street and will feature Local Dj’s and artists who will entertain the masses for the entire time.

The organising committee, which includes employees of the Department of Constituency Empowerment and the Ministry of Agriculture, has confirmed that two Jamaican Reggae acts: Busy Signal and Queen Ifrica will perform on Saturday night.