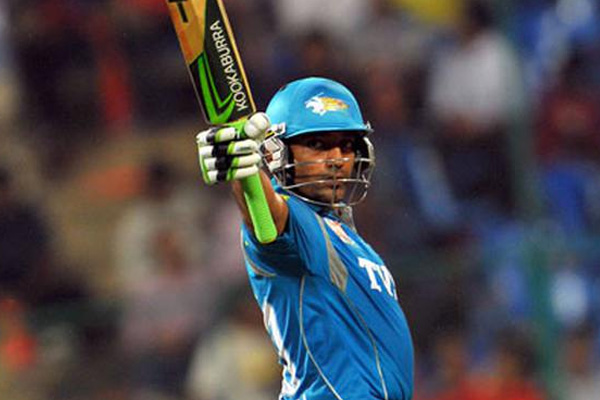 Sports Page — Openers Ajinkya Rahane and Robin Uthappa made fifties as India beat Bangladesh by seven wickets after a nearly three-hour rain interruption during their chase. Bangladesh rustled up 272 for 9 after choosing to bat on a slow pitch. In reply, Uthappa and Rahane racked up 99 at more than run a ball. Then it poured, but the drainage in Mirpur allowed a revised target of 150 in 26 overs to be set. The rain had freshened up the pitch and the Indians found the ball turning and bouncing sharply but, even then, 50 required in the remaining 9.2 overs did not prove to too hard to knock off.

India had the openers to thank for giving them such a solid headstart. Playing his first ODI in nearly six years, Uthappa showed he was still in the same touch that had earned him ten successive scores of 40 or more in the IPL.

First ball of the innings, he flowed forward to steer Mashrafe Mortaza behind point for two. Mortaza responded by beating the outside edge twice in the next three balls. That was about as difficult as it was going to get for Uthappa. In the fourth over, he opened the face to guide Al-Amin Hossain past slip for four and also drove him past mid-on for the same result.

Two shots were emphatic proof of the ridiculous form Uthappa is in. On a pitch where batsmen had to resort to slog-sweeps to generate power and distance, he stepped down to Abdur Razzak in the left-arm spinner’s first over and calmly clipped him over the deep midwicket boundary. Three overs later, he drove Shakib Al Hasan in the air, held his straight follow through and watched the ball sail over the wide long-off rope.