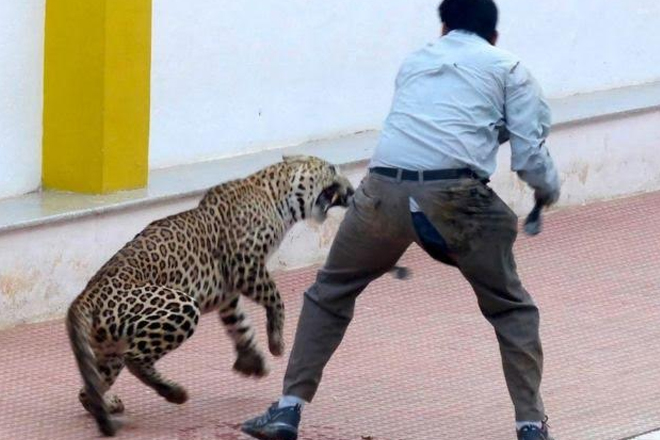 A male leopard which entered a school in the Indian city of Bangalore injured six people trying to capture it.

A scientist and a forestry employee were among those mauled during the near 10-hour long effort to corner the dangerous animal on Sunday.

The leopard, which strolled into the Vibgyor International school, was eventually tranquillised and released.