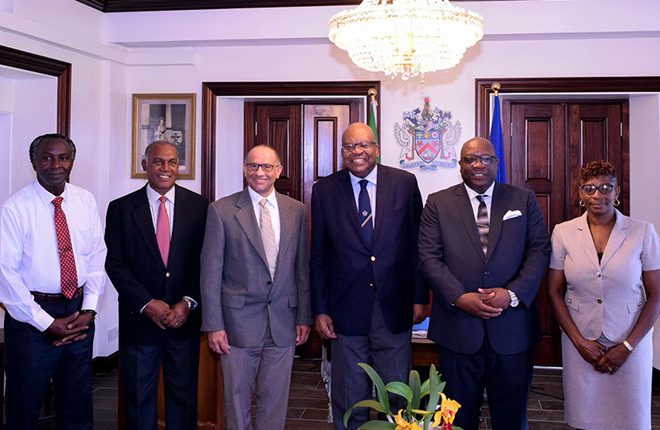 Integrity In Public Life Act Assented To By Governor General

In accordance with Section 11 subsection (2) (a) of the said Act, the Governor- General acting in his own deliberate judgment has appointed Mr. DAMIAN E. S. KELSICK, an attorney-at-law for some 27 years to be the Chairperson of the Integrity Commission.

In accordance with the provisions of Section 11 subsection (2) (b) of the Act, the Governor-General, after consultation with the Prime Minister and The Leader of the Opposition, has appointed the two other Members as follows:

Today, Monday morning 27 th August, 2018 at a Ceremony at Government House, St. Kitts in the presence of the Hon. Dr. Timothy Harris, Prime Minister the Governor-General His Excellency Sir S. W. Tapley Seaton, GCMG, CVO, QC, JP presented Instruments of Appointment to the three (3) Members of the Integrity Commission. The said appointments are with effect from 1 st September, 2018 for a period of three years and shall be eligible for re-appointment.

The Hon. Prime Minister in brief remarks at the Ceremony highlighted the significance of the Integrity in Public Life Act and its place in the Good Governance Agenda of the Government.

He also referenced the Caribbean experience of Integrity Commissions in particular the Trinidad and Tobago experience. He thanked the Members for agreeing to lend their professional and other expertise for the benefit of the Nation and pledged the full support of the Government in this undertaking.