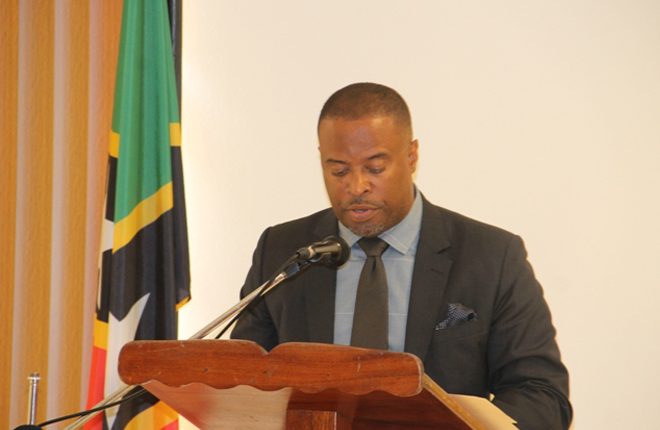 Integrity in Public Life legislation soon to be operationalised on Nevis

NIA — The Integrity in Public Life legislation which was passed in the Nevis Island Assembly in 2013 will be operationalised shortly.

At his first monthly press conference at the Cabinet Room at Pinney’s Estate on February 22, 2018, Premier of Nevis Hon. Mark Brantley said he had advised Mrs. Hélène Anne Lewis, the new Legal Advisor to the Nevis Island Administration (NIA) to move with haste to do so and also draft the Freedom of Information legislation for consideration by Cabinet and to be taken to parliament shortly after.

Mr. Brantley reiterated that the Nevis Island Administration has every intention of keeping its pledge to convene the Assembly at least once every two months.

He also spoke of the steps the Administration plans to take in order to facilitate the Opposition in the interest of ushering in a new framework of governance in Nevis.

“We intend, as I’ve always said, to usher in a new paradigm, a new framework of governance for the island of Nevis and a new transparency, a new openness a new engagement with members of the Opposition as well.

“We intend to work closely with them and to provide the necessary tools so that they can be comfortable as they too are representatives of the people and so, that is our intention and so for that reason an office will be provided,” he said.

The Premier explained that the office ought to be for the Leader of the Opposition and that one has been identified in the Solomon Arcade in Charlestown. It will be provided fully furnished and staffed.