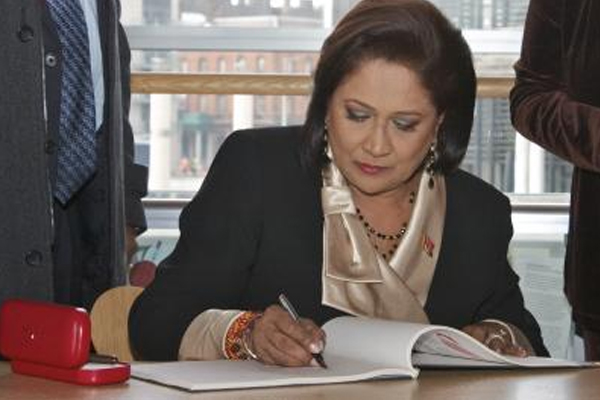 Internal self-government for Tobago to be evaluated

Port of Spain, Trinidad — Prime minister of Trinidad and Tobago, Kamla Persad-Bissessar, on Thursday announced the establishment of a joint team, at the request of the chief secretary of the Tobago House of Assembly (THA), to examine further the issue of constitutional legislative reform with regard to internal self-government for Tobago.

The prime minister wrote to THA chief secretary, Orville London, reaffirming her government’s commitment to internal self-government for Tobago, and expressing her agreement to the establishment of a joint team to look at this important issue.

Persad-Bissessar has mandated Senator Ganga Singh, minister of environment and water resources, Lincoln Douglas, minister of arts and multiculturalism, Senator Devant Maharaj, minister of food production, and Dr Delmon Baker, minister of Tobago development to work with the THA in this regard.

The prime minister also informed London that he can expect a carefully deliberated response from the attorney general regarding the issue of reported incursions into areas devolved to the THA by the central government.