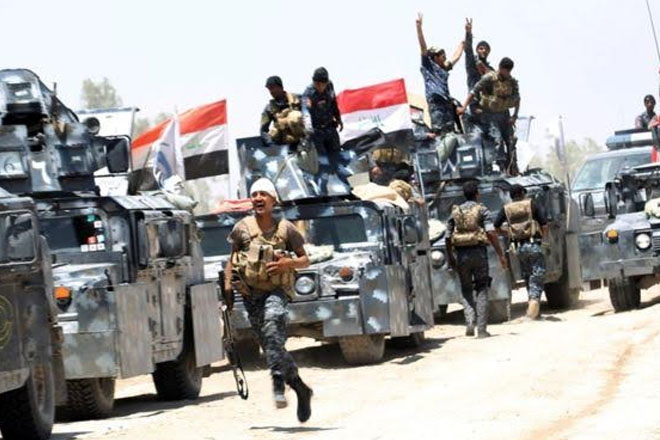 Militants from the so-called Islamic State have launched a dawn counter-attack as Iraqi government troops push into the city of Falluja.

A day after troops advanced through the southern suburb of Nuaimiya, scores of IS fighters attacked them, army officers told news agencies.