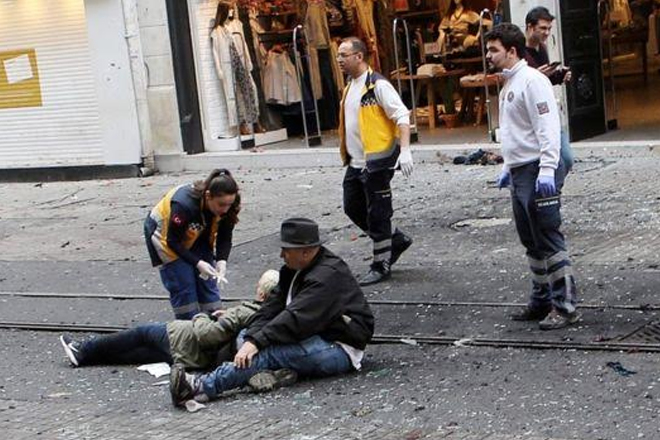 A suicide bomb attack at a busy shopping area in the Turkish city of Istanbul has killed at least four people, officials say.

Another 36 were injured – 12 foreign nationals – as the bomb went off near a government building on Istiklal Street.