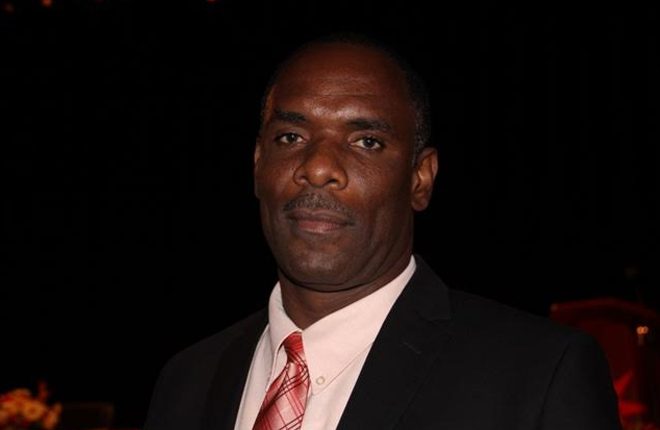 NIA — Permanent Secretary in the Ministry of Finance on Nevis Colin Dore, commended management and staff of the Information Technology (IT) Department in the Nevis Island Administration (NIA), for the positive impact their work continues to have on the day-to-day operations of government.

Mr. Dore applauded the efforts of the staff at the Department’s second annual awards dinner at the Nisbet Plantation Beach Club recently.

“The IT Department has done tremendous work over the years. It’s a very small staff and I wish … to commend the Director Mr. Quincy Prentice and his staff, who have worked tirelessly over the years, to keep government connected to the rest of the community and all the stakeholders who we serve,” he said.

Mr. Dore spoke of the department’s achievements and drew special attention to their work in revolutionising the NIA’s telephone system in which the analogue phones were replaced with IP phones that work directly with a fibre optic cable connection. He said the move has resulted in substantial savings to the government, in particular, in the area of overseas calls.

To date the department is 75 percent complete with the Administration’s fibre optic deployment. Mr. Dore believes, that that task would be completed shortly paving the way for the Administration’s connection to the information super highway. Once that is done, the NIA would be able to pursue its plan for a government by 2020.

“We’ve been working at it. It’s going to require determination and I want to say to the IT staff continue your hard work. Continue pushing on. At some point, we will achieve that objective of ensuring that government becomes paperless, especially as it relates to the collection and payment of revenue.

“We have done so with the payment system. We have removed ¾ of the paper that existed 15 years ago. The revenue collection system, we are moving towards that online payment, online filing and its going tremendously well. I believe that it’s something we can build on,” he said.

The Administration is also exploring the deployment of kiosk, a system which would make it easier for the payment of taxes without physically having go to the Inland Revenue Department. The use of smartphones is also being considered, as a means of paying licences, property taxes and other fees in a timely and less time consuming manner.

He also spoke of the Department’s ongoing work with the digitalisation of records at the High Court Registry and the Closed-circuit television (CCTV) programme, another highlight of the Departments work.

Mr. Dore said they had already deployed a number of cameras in hotspots around Charlestown because of the fibre optic cable deployment.

“This is one of the major achievements of the IT Department which I think, they are very proud of,” he said.

Mr. Dore believes that information technology touches every aspect of modern life, hence the Administration’s thrust in IT, as it seeks to embrace change and adapt new ways of doing things especially within a government system which has rules and regulations.

However, he said new initiatives can be introduced to the existing regulations which would not alter the rigid procedure of government’s operations.