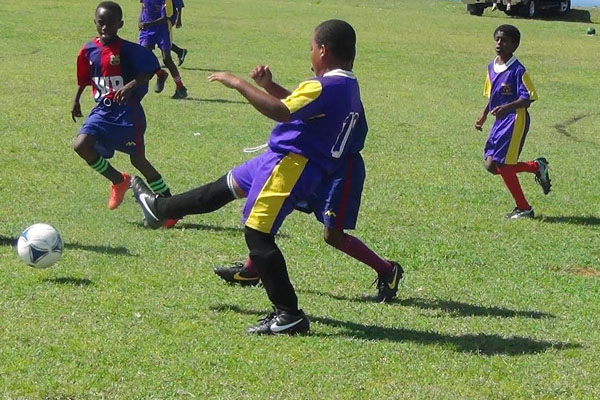 Sports Page — Two golden strikes by the Ivor Walters Primary school in the first half, put them in a clear lead versus the Jocelyn Liburd Primary School.

This as the action continued on Monday 20th October in the Giant Malt Primary School Football league.

The match was played at the Flats in Cole Hill.

The Ivor Walters team started their dominance of the game within the first minute.

From the time the ball was kicked from midfield, it was a run through to which the JLPS team had no response and the ball was struck into the back of the net.

In the second half, JLPS struggled even further and their goal keeper managed to save a few as well.

However, to compound the issue, a penalty was awarded in favour of the Ivor Walters team and that was promptly deposited in the back of the net.