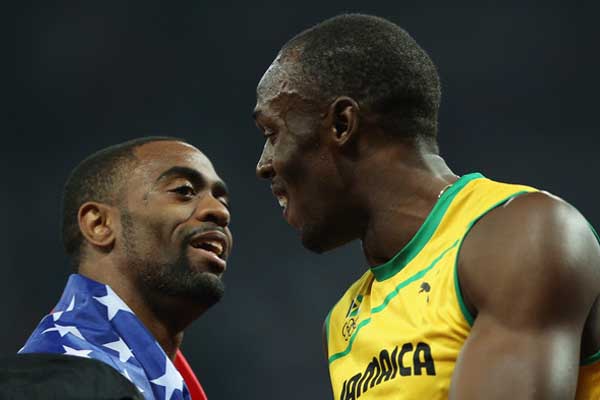 Gay was given a one-year ban and Powell was initially suspended for 18 months.

“I’m not really happy with the situation and with how it was done,” Bolt said.

“I think for someone like [fellow Jamaican] Asafa [Powell] to get a ban of 18 months for that [stimulant oxilofrine] and then Tyson Gay get just one year because of cooperating, I think it is sending a bad message into the sport that you can do it [dope], but if you cooperate with us, we’ll reduce the sentence.”

Powell claimed his ruling was “unfair and unjust”, and said a legal supplement he took, Epiphany D1, was contaminated.

He appealed to the Court of Arbitration for Sport and his ban was subsequently reduced to six months.

Former 100m and 200m world champion Gay could have been banned for up to two years but received a lighter penalty because he co-operated with the US Anti-Doping Agency.

“… because you are pretty much telling people that this is a way out, it’s a way of beating the system”.

Both Gay and Powell have now returned to action.

Bolt is scheduled to race for the first time this year in the Commonwealth Games 4x100m relay next week.