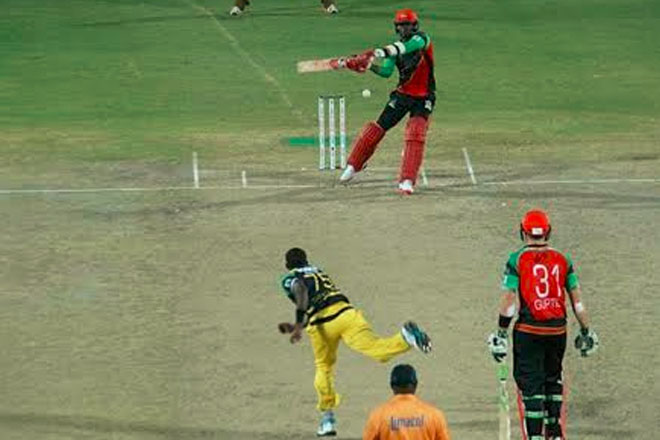 Sports Page — A bumper crowd showed up at the Warner Park cricket stadium on Tuesday 30th June to witness the local team, St.Kitts-Nevis patriots, take on the Jamaica Tallawahs.

A few boatloads of individuals also made the journey from Nevis.

They were not disappointed. The Patriots won the toss and elected to bat first and lost Evin Lewis early for just 10. However, Nevisian Tonito Willet strode to the crease at number three and urged on by the partisan crowd excited with two maximums and a few fours, before he holed out off the crafty bowling of Vettori.

Marlon Samuels and Guptill carried the main fight however and got the local team to a challenging total of 160 for 5.

Both Guptill and Samuels scored half centuries and Willet got to 31.

The Jamaica Tallawahs were initially pegged back by some generally tight bowling by the patriots. However, you don’t give Chris Gayle two chances and still expect to win. The belligerent skipper led the way for his team with a controlled half a ton and the Tallawahs got home with one ball of the final over bowled.