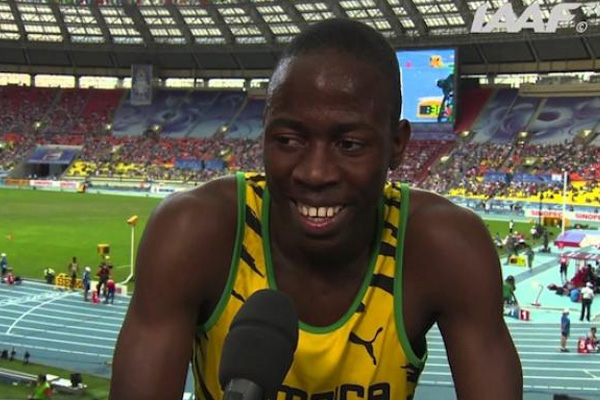 Kingston, Jamaica CMC — A Budding Jamaican athlete who ran an astonishing relay leg to catapult his country from 5th to second at last year’s World Championships in Moscow has landed a professional contract with PUMA.

Details of Francis’ contract have not been made public.

“I am grateful that PUMA recognizes my talent and have offered me such support, especially because of the commitment PUMA has for track and field in Jamaica”.

Francis rose to international prominence when he ran an astounding anchor leg at the World Championships last year in Moscow, Russia.

He took Jamaica from fifth at the final changeover to second, just holding off Russia for the silver medal, a performance which earned him the 2014 Viewers’ Choice Awards at the Sportsman and Sportswoman of the Year ceremony.

“His talent, enthusiasm and character suggest he’s a star in the making, and he’s a wonderful fit for PUMA in our new ‘Forever Faster’ era”.

Francis, who withdrew from last weekend’s National Senior Championships nursing a sore hamstring, has a personal best 45.00 for the 400m.