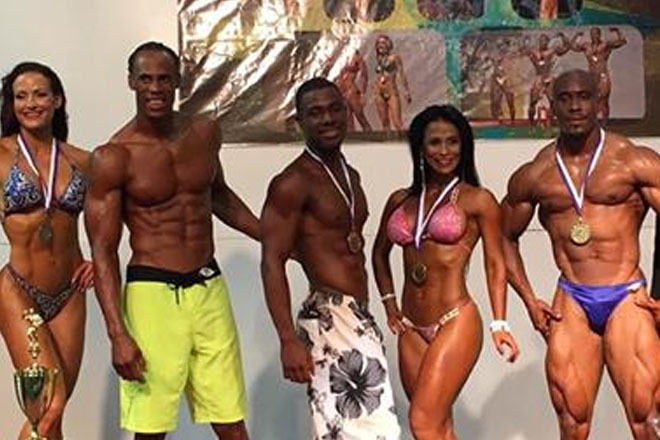 Sports Page — Emmanuel Jeffers, originally of Stoney Grove in Nevis but who currently works and lives in Anguilla, is not only back in training as a Body builder, but competing as well.

The muscle man that previously competed in body building competitions in St.Kitts and Nevis, entered his first competition after an eight year break.

On Saturday 16th April, Jeffers competed in the La Severine Fitness Invitational (LSF). The prestigious event was held at the Rodney Mac Arthur Rey auditorium, in the Valley, Anguilla.

Jeffers competed in the open class category against five other athletes and won quite handsomely and then went on to win the overall show down.

Jeffers is now in training for the St.Maarten Invitational to be held in St.Maarten in June.