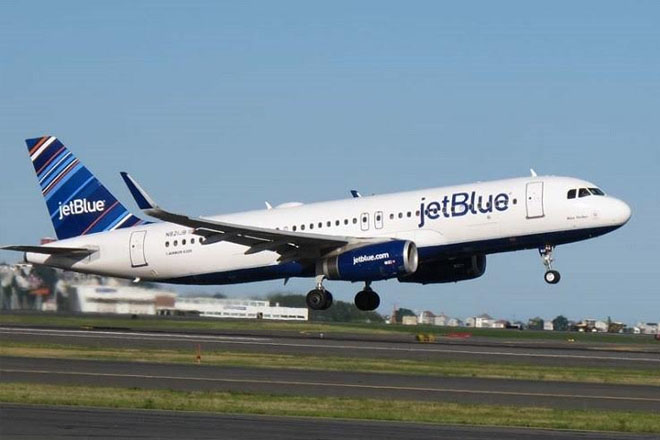 The announcement was made by JetBlue’s President & CEO Robin Hayes at the Caribbean Tourism Organization State of the Industry Conference in Curacao.

“Vibrant Caribbean communities like Barbados are critical to our success,” said Hayes, who was the keynote speaker at the Caribbean Tourism Organization’s State of the Industry Conference.

“Barbados is a terrific example of a destination where we have a true partnership with the tourism ministry, the airport, and local hoteliers. We are working together to expand travel options to this incredibly beautiful island, boosting tourism and the local economy. Thanks to the US-Barbados open skies agreement, and so many of the open skies agreements the US has with other nations, JetBlue has been able to continuously add new low fare services like this one, and that’s been a real boon for the traveling public.”

JetBlue’s newest flights to Barbados are also a part of ongoing growth at Fort Lauderdale-Hollywood International Airport where it operates nearly 100 flights per day to more than 40 destinations. JetBlue is commencing service to 8 new destinations in 2015 from the South Florida focus city and has already announced three more that will begin in 2016. Barbados service from Fort Lauderdale-Hollywood will provide JetBlue customers with more connection options from destinations across the existing JetBlue network, including western U.S. destinations like Los Angeles, San Francisco and Las Vegas.

“The new service is a clear indication of the strong partnership we have with JetBlue,” said Barbados’ Tourism Minister Richard Sealy. “It has been our intention for quite some time to increase the number of direct services we have out of the U.S. Florida is the fourth most populous state, one of the fastest growing and is certainly a very attractive urban center. It therefore is a significant step to ensure continued growth in our U.S. arrivals and should attract the attention of Barbadians and our close neighbors seeking access to South Florida and beyond.”

JetBlue’s flights between Fort Lauderdale-Hollywood and Barbados will be operated on the airline’s Airbus A320 aircraft.