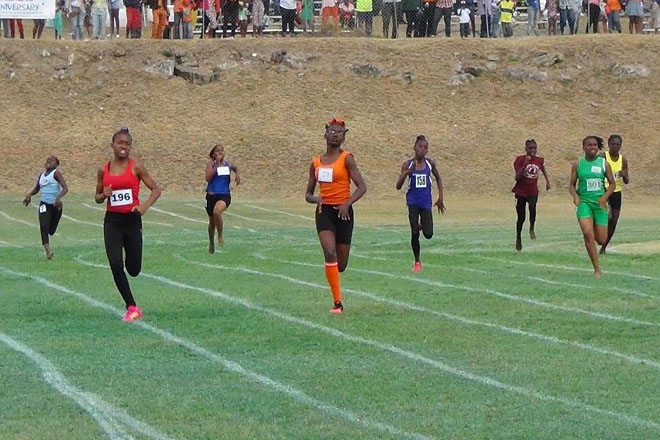 As per usual, thousands of spectators took advantage of the public half holiday and crowded the park to witness their favourite school in action.

After an impressive march past by the athletes who saluted patron of the event, Mr. Kenley Maynard, along with government officials; Gulf Insurance officials and officials from the IWAF, a brief ceremony was held.

The children then took to the track and excited the crowd in practically every single race as they all strove for excellence.

There were some close finishes and it was obvious that the spectators were truly impressed.

At the end of the day, the Jocelyn Liburd Primary school secured honours in the A division and were runaway overall champions, while the Elizabeth Pemberton Primary School secured a four-peat as B division champions and in the process even did better than A division defending champions, Charlestown Primary.

The final results were: