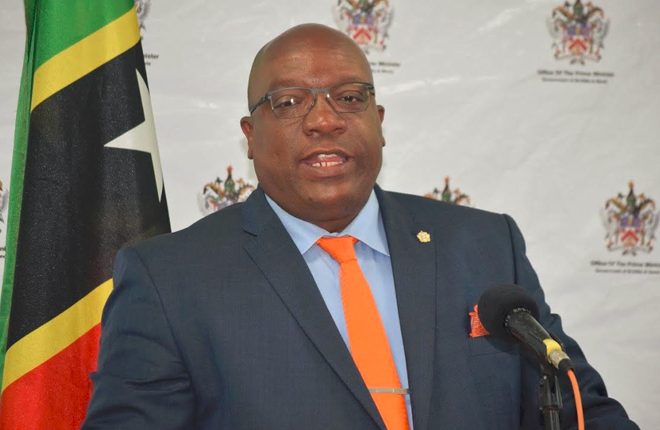 Job creation and earnings at highest levels on record, Labour Department expands its reach and impact

“In 2016, we outdid all preceding years with an average of about 24,773 jobs monthly,” Prime Minister Harris, who is the country’s Minister of Finance, reported during his press conference on Wednesday, April 5th, 2017.

“That’s just about 25,000 people being put to work in a small country such as St. Kitts and Nevis. Something good is indeed happening,” the Honourable Prime Minister added.

The Prime Minister of St. Kitts and Nevis went on to note that the average monthly wage bill was also the highest on record, adding: “The total earnings for 2016 being reported by Social Security have been put at about $995 million.”

Responding to positive developments in the local job market, the Labour Department introduced a robust outreach program in July 2016. The outreach program is designed to assist a more diverse range of jobseekers in bettering their lives and contributing more productively to their families and communities throughout the Federation.

A major part of this outreach entails visits to job sites by Labour Department employees who use the face-to-face interactions with employers as an opportunity to get an array of employment vacancy listings. The listings are then posted on the Labour Department’s bulletin board at both its St. Kitts and Nevis locations. They are also emailed to the St. Kitts and Nevis Information Service (SKNIS), which in turn emails them out to national media organizations.

“Prior to the implementation of the outreach program, employers knew about the agency and phoned in,” Shernel James, Acting Labour Commissioner, told the Press Unit in the Office of the Prime Minister today, Wednesday, April 19th, 2017.

The Acting Labour Commissioner continued: “However, we realized that we were being notified about mostly minimum wage jobs, so we wanted to also benefit higher skilled workers. Last year, we therefore decided to take a more proactive approach in order to impact the lives of a greater number of jobseekers. This year, we are asking everyone who registers with the Labour Department to attach a C.V., or curriculum vitae, to the registration form.”

At his press conference earlier this month, Prime Minister Harris said earnings data from 2016 show that a lower portion of employees earned minimum wage in relation to 2015 (10% less than in 2015), as well as compared to previous years. The minimum wage in St. Kitts and Nevis is set at $9.00 per hour or $360.00 per week.

Dr. Harris further reported that there was an 18% increase in workers earning in the highest income category, according to Social Security data for the year 2016.