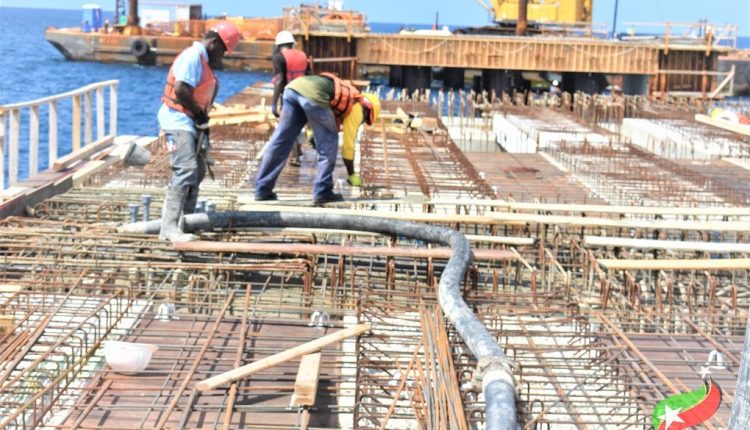 Job Creation for Over 100 Workers on Second Cruise Pier Project

This was supported by Minister of Public Infrastructure, Honourable Ian Patches Liburd, on August 19, 2019, during the presentation of the pier to various media personnel.

According to the Honourable minister, there are approximately 125 workers on the site, 90% of whom were procured from the local pool of workers.

Ninety percent of the local pool of 125 workers would be equivalent to just about 113 local workers to which Minister Liburd said, “speaks volumes to the capacity that we have here in St. Kitts and Nevis.”

The Government of St. Kitts and Nevis has purposely ensured that as many locals as possible benefit from the build out of its capital projects, including the multimillion dollar second cruise pier.

Prior to the start of construction, JV Driver, the prime sub-contractor on the project, held a job fair for locals wishing to work on the project.