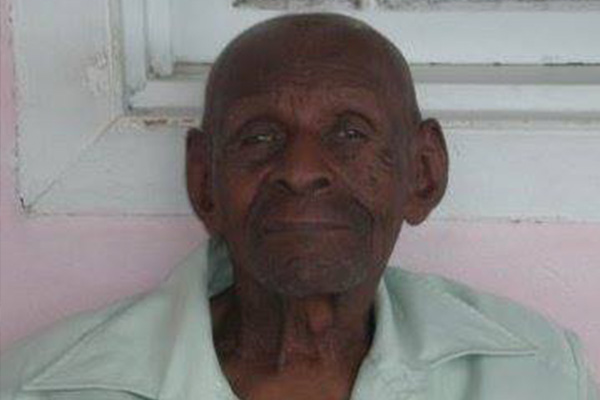 Joseph Buchanan – A century well made and still in the game

Basseterre, St. Kitts (SKNIS): A special thanksgiving service was an appropriate way to mark the life and contribution of the nation’s newest centenarian Joseph Buchanan.

The Pastor and members of the Emanuel Methodist Church joined with friends and family of centenarian Joseph Buchanan on Sunday, January 12, 2014 to celebrate 100 years of his life and to give God thanks for bringing him thus far. Mr. Buchanan, a long standing member of Emanuel Methodist Church, has served in many positions, including secretary of the Sandy Point Circuit and Property Steward. He was very instrumental in guiding the construction of the present Methodist Manse building in Sandy Point.

In near emotional remarks, his son James Buchanan, a respected Engineer and Land Surveyor on St. Kitts and Nevis told the congregation that his father taught his children, among many other things, the importance of prayer. In fact, Mr. Buchanan is said to, even at this age to still know almost the entire Methodist Prayer Book by heart.

Prime Minister Douglas in bringing birthday greetings thanked Mr. Buchanan for his contribution to his family, the community of Sandy Point and St. Kitts and Nevis on a whole. He thanked him especially for his years served as a Building Inspector at the Central Housing Authority (CHA), now the National Housing Corporation (NHC). The Prime Minister said for God to have blessed Mr. Buchanan with so many years meant that Buchanan must have done something right in his lifetime.

“Mr. Buchanan is the third person with whom the ministry is celebrating their 100th birthday already for this year 2014,” said Minister of Community and Social Development Honourable Marcella Liburd in presenting a bouquet of flowers on the occasion, “so it means that our people are definitely living longer.”

The flowers spelled a token of the ministry’s appreciation for his sterling contribution to his community and to his country.