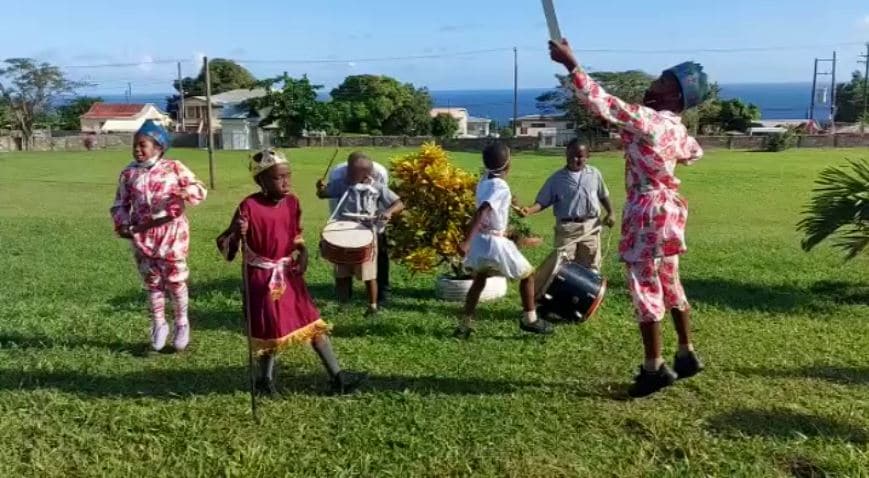 Basseterre, St. Kitts, January 22  2021 (ZIZ News)  On Thursday, Students from the Joshua Obadiah Primary School who are part of their David and Goliath Folklore troupe staged a thank you performance at Molyneux Primary School for Fraites and Sons Enterprises who sponsored the troupe.

Head Teacher at Joshua Obadiah Primary, Suzette Cannonier explained that her school lacked a cultural group so she solicited the help of Cultural Preservationist, Winston “Zack” Nisbett in the formation of the troupe.

Nisbett said he approached Fraites and Sons Enterprises to help provide funding for the troupe and they were more than willing to help.

The students donned costumes that they were provided by Fraites and played instruments to tell the story of David and Goliath.

He said persons in the community need to embrace the youth folklore troupes more in an effort to preserve the culture instead of only focusing on the big bands and troupes.