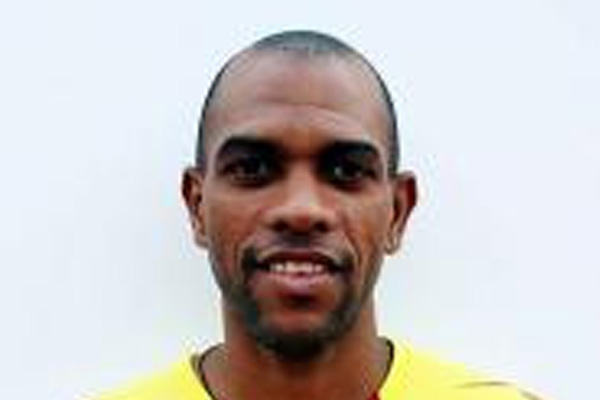 Kayamba’s 2 successful penalties in the championship game enabled him to maintain is unbelievable 100% penalty success rate in the Indonesia Super League for Arema FC.

In commenting on his penalty success Gumbs said “”There is no special secret, as virtually all players can fail penalty,”

The former Newtown United FC revealed that there are two things that are needed as a penalty shooter. The first is peace.

“David Beckham has ever missed a penalty because it is not quiet. So I always try to cool completely before kicking the ball. If we are calm, the opponent goalkeeper will not be able to read our movement, “said Kayamba Gumbs.

Besides peace, watching the movement of the opponent’s goalkeeper is also the key to success in scoring a penalty. “Always look at where the direction of movement of the goalkeeper. Only then we execute the ball, “said the former St. Kitts-Nevis International Captain.

Despite having a 100 percent penalty unfailing, Kayamba remains modest.

“Yes, everyone can fail, including me. But until now I have not failed at Arema. Hopefully this record can continue, because of all the penalties that I would have to run for this team, “he concluded.