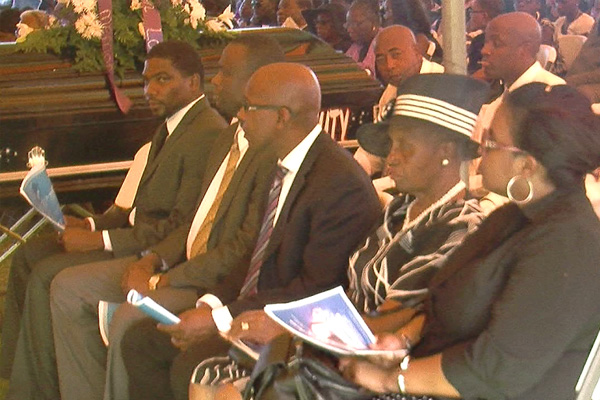 (ZIZ News)– On Monday Afternoon, dozens of omnibus operators parked their buses to attend the funeral service of the late Kevin “Broadie” Newman, who was shot and killed earlier this month.

The service was held at the St. Peter’s Playing Field to accommodate the large gathering.

Family members and close friends were seen being comforted as they said their final goodbyes to the young father.

The popular omnibus driver was shot and killed on Saturday November 1st in the White Gate area while plying his trade.