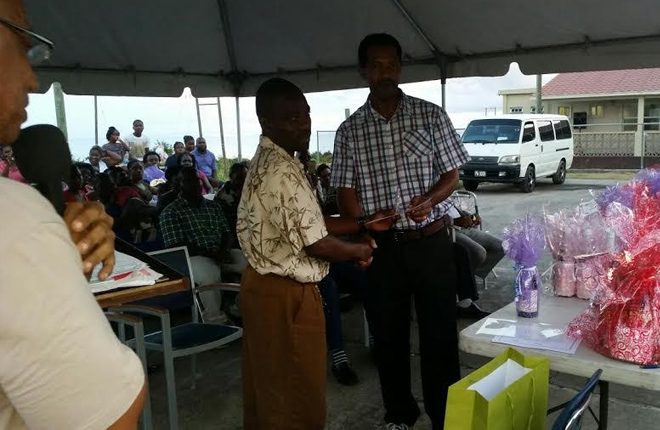 The Keys Improvement Community Club brought the celebration of older persons closer to home with an awards ceremony to recognize older persons within the Keys community,

Herman Phillip and Adolphus Stephens, both in their 90s were honoured at the small but significant ceremony for their continued contribution to community development.

Punctuating the ceremony were, songs, dances, speeches and reflections.

The ceremony was chaired by Creighton Pencheon who is also from Keys Village.

The ceremony was held under the theme “Unlocking the Door to a Brighter Tomorrow”.