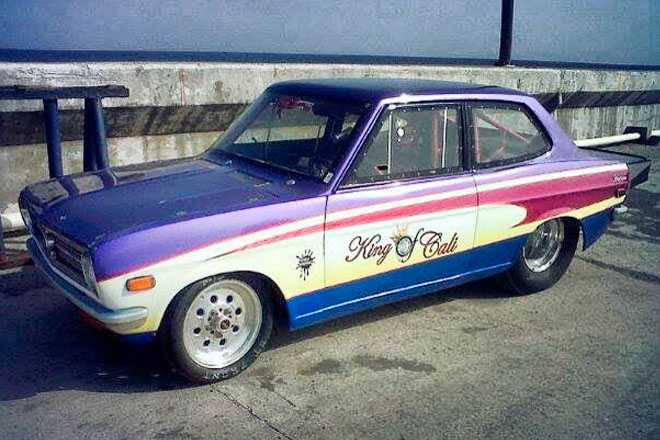 Sports Page — The representative crew of the popular race car from Nevis, King of Calle, returned triumphantly to home on Monday 7th September.

According to owner of the vehicle, Gavin “Moon” Clarke, it was a small island invasion of sorts, as the King of Calle represented Nevis in a drag race meet over the weekend in Antigua.

The other competing islands were: Host country Antigua; Anguilla, St.Maarten and Montserrat.

Another vehicle from Nevis was set to compete but the Punisher developed mechanical difficulties and could not represent.

Driver Alexander Lopez stated that everything went well and the vehicle performed really well on the two days.

All of the crew members were obviously elated with the victory and indicated that they had a really grand outing in Antigua.

What’s the next move?

According to Clarke, his team was due to attend a meeting that very afternoon which would hopefully confirm a drag racing event for the Independence celebrations and of course if that is the case, King of Calle would be taking the winner’s trophy yet again.

For their efforts, the crew received the grand trophy and the people’s choice award, along with a ‘whopping’ $5,000.00 EC.