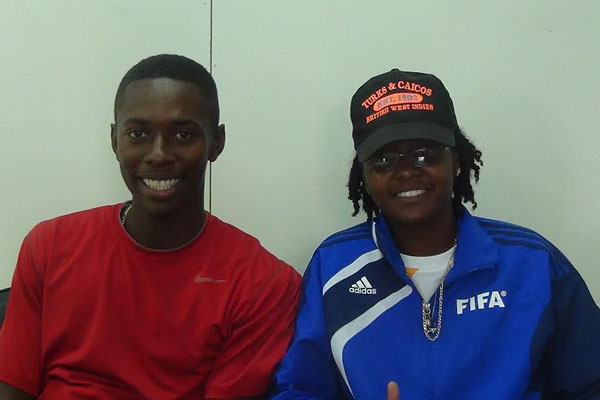 King of the Cage Competition upcoming

Sports Page— it has been dubbed ‘THE KING OF THE CAGE.’ According to Kerisha Powell and Aljay Newton of the Nevis Youth and Sports department, it will be a four on four Football competition to be hosted by their department on the 23rd August.

The one day event will take place at the Brown Hill hard court, starting at 4 pm with an opening ceremony which will feature addresses from officials within the Youth and Sports department and also main sponsor STAG.

The duo noted that the allotted time for the games, will be determined by the number of teams to register.

Registration can be completed at the Youth and Sports Department located upstairs the Reliable Motors in Charlestown at a cost of only $50.00 per team. Teams must register at least seven players, but only four will be on the court at any given time.

It was pointed out that FIFA referee instructor, Malcolm Ramsey is on board with his team of local referees and very specific rules are in place, especially due to the fact that the matches will be played on concrete. There will be obviously no tackling as one of the main ground rules.

Newton noted that CCC Bath United has been engaging in this kind of street Football for some time now and also pointed out that the Conaree team in St. Kitts represented the Federation of St. Kitts and Nevis with distinction, in a recent tournament held in Trinidad, placing third.

Powell indicated that all of the registration money will go back to the teams and players in terms of trophies and monetary prizes.

They are cordially inviting all teams, clubs and interested persons to register as soon as possible as they are expecting a large turnout for the event.