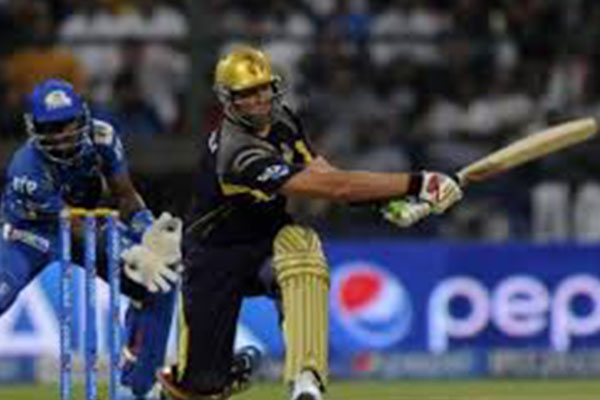 On a green Abu Dhabi pitch that had plenty of bounce, Kolkata cruised to a big win over defending champions Mumbai in the opening game of the season. The biggest difference was the impact made by the teams’ overseas players: Lasith Malinga was the only one who delivered for Mumbai, but for Kolkata Jacques Kallis set up the innings with a 72, Morne Morkel squeezed the chase with a burst of 2-0-2-0 at the start of the innings, and Sunil Narine scalped four as he became the quickest bowler to 50 wickets in the tournament.

Kolkata, on choosing to bat, began poorly with their captain Gautam Gambhir scratching around for a eight-ball duck that was ended by a pinpoint Malinga yorker. Manish Pandey, whose most famous feat remains his breakthrough century in the 2009 season, grabbed his chance at No. 3, and put on a 131-run stand with Kallis.

It was slow going early on, with only four fours and a six in the first 10 overs. Kallis has regularly faced questions over the pacing of his innings in Twenty20s, and when he was 34 off 31 in the 14th over, the murmurs were at their loudest, especially as Kolkata had a bunch of hitters waiting for their chance. On the next delivery, Malinga put down a sitter off Kallis at short fine leg. It prompted a series of big hits from Kallis. He ransacked 37 off his next 13 deliveries, including two sixes and a four off a Pragyan Ojha over.

Pandey, who hasn’t quite lived up to the Twenty20 reputation earned by that out-of-the-blue knock, also quickened his pace after getting to his half-century, even slugging a Malinga slower ball for six. After a couple of seasons in which he has struggled to hold down a spot in the XI, this innings should give him a bit of a run in the side. After his dismissal, Malinga struck twice in his final over, before Suryakumar Yadav played a couple of innovative strokes to lift Kolkata to 163.

The last time Morkel played an official T20, he was taken for 50 runs in three overs. He was up against Michael Hussey, the highest run-getter of the previous season. Morkel exploited the bounce in the pitch to drain away any momentum the chase could gather, and Hussey had one of his worst outings as he pottered around for 13-ball 3 before falling to Narine.

Ambati Rayudu and Rohit Sharma, two of the stalwarts of Mumbai over the years, tried to up the scoring but against an attack that didn’t give away much on a surface where the ball wasn’t quite coming on, the asking rate kept on increasing. They put on 61 off 45 deliveries, but when Rohit perished to a tumbling Kallis catch off Morkel in the 16th over, the game was virtually over.

Mumbai needed 63 off 28, but their big-hitting allrounders, Kieron Pollard and Corey Anderson, had a horrid time against the guile of Narine, who ended with figures of 4 for 20 to ensure a resounding win for Kolkata