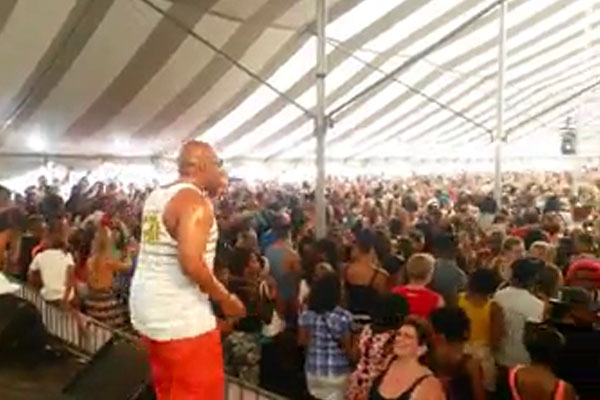 ZIZ News — The Kollision Band is preparing to return home after electrifying hundreds of revellers at Antilliaanse Feesten in Belgium over the weekend.

In a video posted on the group’s Facebook site the band captivated the attendees and had them dancing to their unique sound.

Their high energy music had the crowd jumping, shaking and even marching around the tent as they brought a taste of St.Kitts to the European festival.

The 32nd annual Antilliaanse Feesten is also known as “the largest Caribbean festival in the world”.

Kollision Band is the third band from St. Kitts And Nevis to perform at the festival following in the footsteps of Ellie Matt And The G. I.’S Brass in 1985 and the Small Axe Band in 2008.