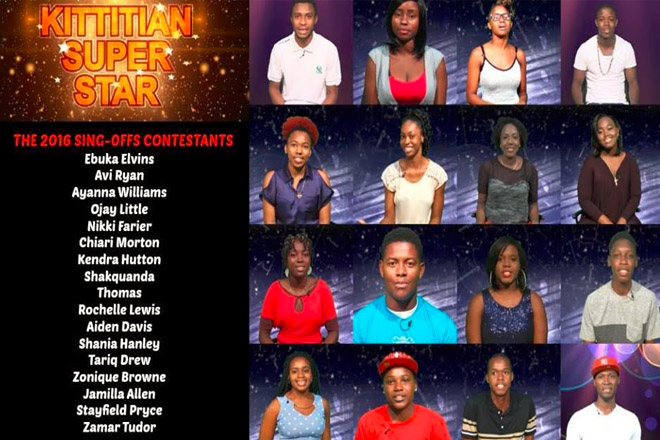 (ZIZ News) — The sixteen contestants who will be performing in the Television Sing-Offs for Kittitian Superstar 2016 have been chosen.

On Tuesday night the judges voted on the radio and Facebook auditions and chose the sixteen who will move on to the next stage of the competition.

Creator of Kittitian Superstar, St. Clair “Chico” Guishard said he feels this is the strongest group he’s had in a very long time.

“I’m not saying that the contestants we had before weren’t good but this year from one to sixteen, it’s very competitive. And I think the judges are going to have a difficult time this year,” he said.

He said he believed that allowing persons to audition through Facebook contributed to the high quality of singers.

“The folks who had seen the contestants on the facebook auditions wanted to be a part of it. So we were able to, in essence, get the best of what we have. Because when people see other people sing they think ‘I can sing better than him/her’, and they try out for it,” he said.

The Television Sing-Offs begin on August 11.