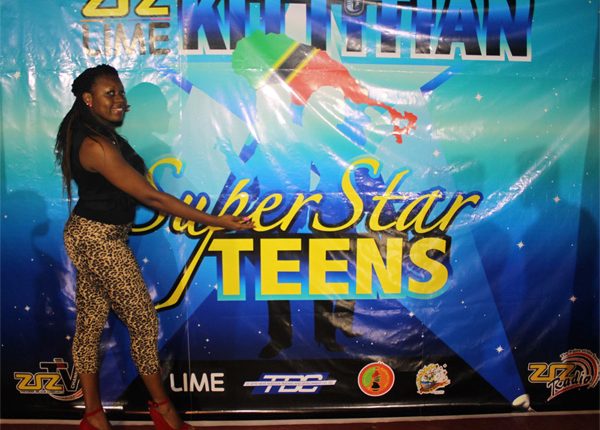 She told ZIZ News afterwards that she had to remain focused during the competition.

Both singers were tied with 543 points but Kyana won more individual segments on the judges score sheets.

Kyana sang “Ave Maria” by Beyonce and “Girl on Fire” by Alicia Keys.

Brian Brookes sang “All of Me” by John Legend and “You Give Love a Bad Name” by Bon Jovi.

Third place went to Lufkin Foster with 536 points. He sang “My Alabaster Box” by Cece Winans and “All of Me” by John Legend.

For winning the competition, Kyana took home a trophy, a cash award, and various prizes from sponsors including LIME and TDC.