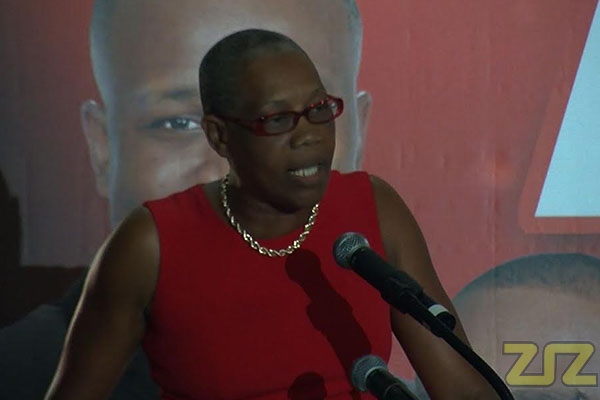 Chairperson of the party, Hon. Marcella Liburd, offered up very rousing welcoming remarks. In speaking she said the SKNLP, after 82 years, and producing some of the most outstanding leaders in the region, the party stood upon a solid foundation and was stronger than ever before.

She said that 2014 conference was a special one however, as the 2013/2014 year which would be reviewed during the conference, had been a testing one for the party.

Ms. Liburd underscored the commitment of the Labour Party to continue to serve the people of St. Kitts and Nevis despite the obstacles put in its way by those who would seek to undermine it.

“And while they’re talking we’re working,” she said. “That is what we have always done. And that is what we intend to do in order to continue to provide infrastructural development, housing, employment, and training opportunities, health care, education and all the other services that we have decided are key to the advancement and protection of our nation. And which we, with God’s help and guidance are determined to deliver on behalf of the people of St.Kitts and Nevis”

Other highlights of the public session of the conference included the presentation of fraternal greetings; presentation of awards to the 2014 Miss Labour Queen contestants; and the keynote address by Prime Minister and party leader, The Right Honourable Dr. Denzil Douglas.

The business session on Sunday afternoon included the annual report from the National Executive of the party; the treasurer’s and auditor’s reports and the election of a new executive committee for the coming year.