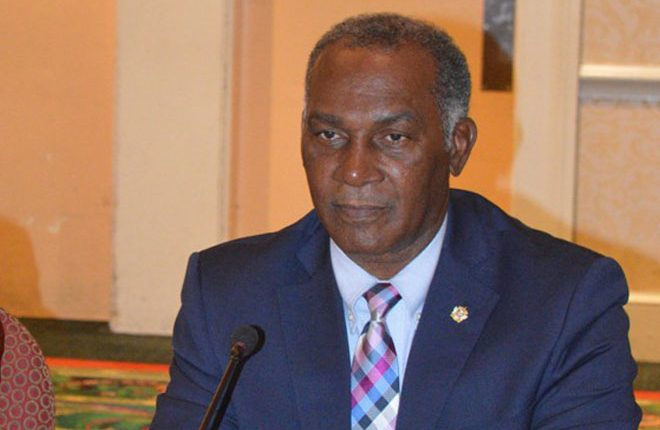 (SKNIS): Premier of Nevis and Minister of Labour, the Honourable Vance Amory, participated in a two-day forum held in Costa Rica, which looked at the continuation of discussions on the development of the labour market within the Organization of Eastern Caribbean States (OECS) region.

The forum, which ran from July 13-14, formed part of the activities of the Inter-American Conference of Ministers of Labour (IACML) of the Organization of American States (OAS), held in Cancun, Mexico, in December 2015. It had as one of its priority themes labour migration and the need to advance on the protection of rights of migrant workers.

“I think the discussions have looked at decisions as it relates to the migrant workers, the way they are treated and the way in which desolation countries should seek to provide protection for them so that they are not deprived of their dignity, of their humanity,” said Minister Amory. “We in St. Kitts and Nevis have sought to show that [we] have a plethora of laws which seek to protect workers’ rights and we also seek however, to provide also, the protection for employers within that plethora of legislation.”

The labour minister said that they are looking for additional ways to further advance the development of the Labour Market System.

“How do we ensure that migrant workers or any workers for that matter are treated with respect? How do we guarantee that they will be provided with decent work, decent wages so that they can improve their quality of life and the standard of living of their family?” asked the Labour Minister. “These are important issues, which are being discussed and I believe we are hearing from this conference that there are myriads of issues surrounding migrant workers and the way they are treated because they are sometimes exploited.”

“It is a very interesting discussion and we as the delegation have sought to advise and indicate what we are doing in St. Kitts and Nevis to play our part in ensuring that the labour market environment is one which meets the international standards and that there is fairness and there is respect for all employees and employers across the board.”

Minister Amory was accompanied by Permanent Secretary in the Ministry of Labour, Ron Dublin-Collins and Chief Labour Officer – Department or Labour in Nevis, Gary Liburd.