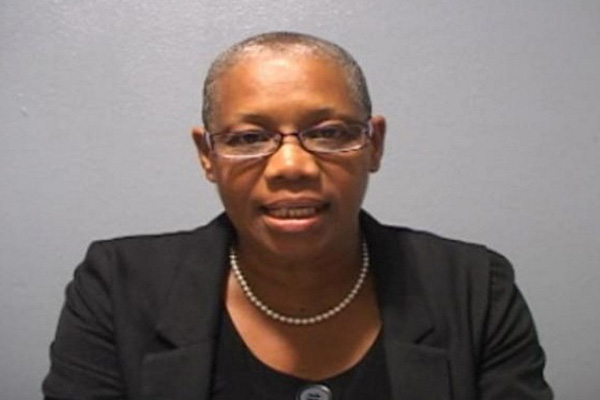 Basseterre, St. Kitts (CUOPM) — Chairperson of the governing St. Kitts-Nevis Labour Party (SKNLP), the Hon. Marcella Liburd has condemned a statement by a pro-Unity supporter on WINNFM which called for the brutal assassination of Nigerians who vote in the upcoming St Kitts and Nevis general elections.

Ms. Liburd noted that under the Federation’s Independence Constitution, all Commonwealth nationals are eligible to be registered to vote provided they reside in St. Kitts and Nevis for 12 months.

“In early 2014, the High Court was moved by an application by Deputy Leader of the Peoples Action Movement (PAM), Jonel Powell, to block Nigerian students from voting in the next general elections. The Constitution of St Christopher and Nevis allows Commonwealth citizens to vote in elections if they have continuous residence for a year. Mr Powell contended that those regulations exclude Commonwealth citizens on student visas,” Ms. Liburd a lawyer told Freedom FM 106.5.

The St. Kitts-Nevis Labour Party Parliamentary Representative for St. Christopher 2 (Central Basseterre) and who holds the portfolios of Health, Culture and Community Development said the Nigerian students have been targeted and intimidated to prevent them from voting.

“On my own behalf, on the behalf of the people of constituency #2 and on the behalf of the St. Kitts-Nevis Labour Party as the Chairperson, I want to say that we condemn that statement that was made and that we condemn all forms of violence in this country and we want all politicians to speak out against violence generally and against political violence which is what it is here,” Ms. Liburd said.

“We have never had this before and it is unfortunate that we are hearing so many threats and so many words and incitement. And I am calling on them, the Leader of the Opposition and all of the other leaders on that platform to speak out and condemn that particular statement and to speak out against violence in this upcoming election and in general, it is dangerous,” she said.

Ms. Liburd, who is seeking re-election in the upcoming general election issued an appeal to all voters “to exercise your right to vote without fear, because it seems as if some persons feel that they can scare people into not voting, that they can threaten your life and threaten you to prevent you from exercising your right.”

“When it comes to the Nigerians, they have a right under the constitution to register to vote, if they so desire as a Commonwealth Citizen. That right is given to them under the constitution and they have a right to exercise it and I want to say to them and any other Commonwealth Citizen that if you choose to exercise that right, do so without fear, don’t let threats stop you from exercising your right,” she said.

Ms. Liburd reiterated: “You know the history of this Nigerian thing where Jonel Powell decided that he would take the Nigerians who are registered to court and to ask the court, whether or not Nigerians are eligible to register and vote. That is his view. There is a date set for the court to pronounce on that. I understand sometime in February. So the matter is clearly before the court, so what is all of this violence and incitement about? Let the court decide on the matter and we know that they take everything to court but as it stands the constitution gives them a right to register and to vote if they so desire.”

“We will hear what the court says when that particular issue comes up but don’t forget that the same Jonel Powell of some of the Nigerians in the Social Media some time ago with a heading to the effect of ‘Stop them from voting now or something to that effect’. Well what was he asking people to do? How would they stop them if they have a constitutional right to vote?” she asked.

She said that she has been informed that since those postings, the Nigerians were being threatened by people on the street.

“It is really was an act of incitement on his part to get people to threaten the Nigerians wherever they see them. And to some extent they were successful because we had many complaints from the students about that and so this is where we are at,” she said.

“On the other hand the Opposition (PAM), was always against persons who were not born here, I don’t have to remind you that my mother coming out of Antigua was here for fifty something years and they kept reminding her that they were going to send them back to Antigua and this is being intensified as we see recently with the statements from Dr. Timothy Harris with respect to Cubans, the Cuban leader, Cuban nationals and our students who study in Cuba,” Ms. Liburd said in an interview.