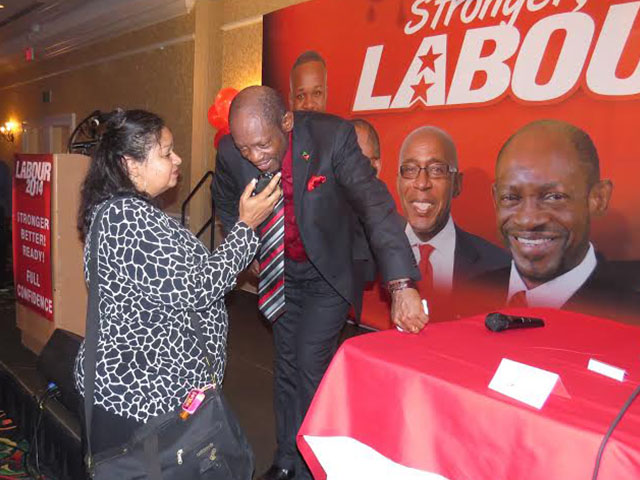 Basseterre, St. Kitts (CUOPM) – Last Sunday’s 82nd Annual Conference of the governing St. Kitts-Nevis Labour Party was full of energy and supporters are ready to return the party to government for a fifth consecutive term.

“I thought that the conference went very well…there was a lot of energy, and I thought that a lot of that energy came from the new candidates,” said re-elected Party Chairperson, the Hon. Marcella Liburd in an interview with WINN FM.

She said while the campaign message has not yet been crafted, the SKNLP’s message is already clear.

“The general message of the Labour Party is always the upliftment of our people regardless of where they’re at, and that is why we’re able to capture the support of a wide cross-section of people, because regardless of which strata of society you fall in, you can always find plans and programmes of the Labour Party to take you to the next level, so that is generally our overarching aim,” she said.

“Right now for the party our main thing would be to ensure that all the constituencies are in a position to win the next election,” said Ms. Liburd.

Prime Minister the Right Hon.  Dr. Denzil L. Douglas is convinced that supporters are ready to return his party to office for an unprecedented fifth term.

“The electorate inside this conference hall has been electrified and energized and [the new candidates] truly have brought springtime to the Labour Party, and as you’re hearing for yourselves, the people say that they’re ready,” the Prime Minister told WINNFM.