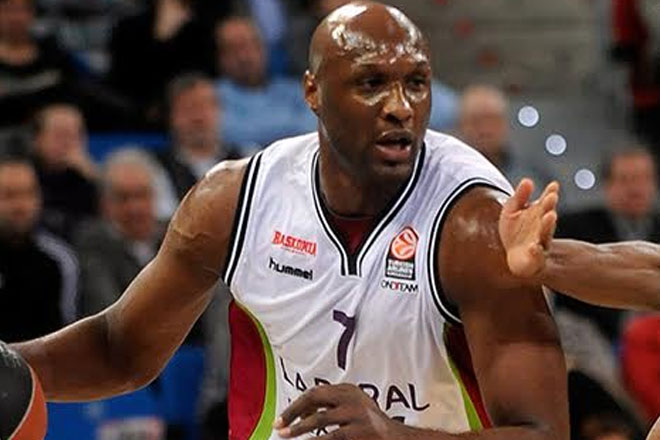 (CNN) Lamar Odom’s family says he has taken a few steps since arriving in Los Angeles, part of what they describe as “miraculous progress” for the former NBA player.

In a statement released Tuesday, Odom’s aunt JaNean Mercer and the Odom family thanked doctors and nurses who cared for him at a Las Vegas hospital, asking supporters to keep praying for him.

“As Lamar begins a new chapter in his road to recovery, PLEASE continue to uplift him and the family in prayer. He continues to make miraculous progress, taking a few steps in Los Angeles. We couldn’t be more overjoyed!” the statement said. “We realize Lamar’s continued improvement will not be easy, however his unrelenting strength and faith in GOD will pull him through.”

Odom was hospitalized in Las Vegas last week after he was found unconscious at the Love Ranch, a brothel in Nevada where he’d spent several days.

A friend of Odom’s told CNN that he has been transferred to a Los Angeles hospital. ESPN, citing sources, reported that Odom was taken by medical helicopter on Monday night.

For days, those closest to him were tight-lipped about his condition.

Former college coach Jim Harrick said on CNN’s “New Day” on Monday that the 35-year-old athlete has made “a little bit of progress” and has told his estranged wife, Khloe Kardashian, “I love you.”

On Tuesday, Kardashian released a statement of her own, thanking doctors and nurses for helping Odom make “incredible strides.”

“You can never be prepared for an experience like this, but without the outpouring of love and endless prayers that Lamar has received and the strength I was given from my loved ones, it would have been difficult to endure,” she said. “Thank you for your continued support. God is great!!