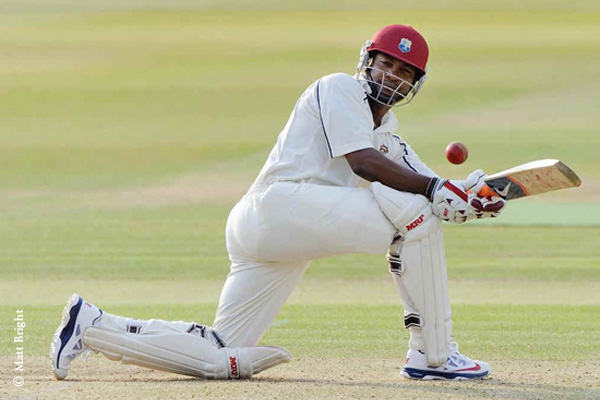 Lara the star in MCC win over Herts

London, England — Brian Lara made a sparkling 56 as MCC cantered to a seven wicket win over Hertfordshire in their Lord’s Bicentenary Anniversary Day clash at the Home of Cricket.

Lara, batting at number three, was part of a fine performance from the MCC top order as they chased down 199 in 32.3 of their 40 allotted overs.

Openers Jonathan Wileman and Daryl Mitchell put on a fine opening stand of 104 to set MCC off to a perfect start.

Wileman was the standout player in their partnership, making 67, while Worcestershire batsman Mitchell made a robust 64, reaching his half century with a six into the Mound Stand.

But it was Lara who stole the show with a wonderful performance, unfurling a range of vintage strokes in a knock which spanned just 36 balls and 38 minutes.

The spinners were swept and glided behind square, or dispatched back over their heads with some nimble footwork, while the 45-year-old treated Hertfordshire’s seamers with distain.

He fell with fewer than ten required, receiving a well deserved standing ovation from the crowd as he returned to the Pavilion, leaving ex-South Africa batsman Dale Benkenstein finish things off for the home team.

Former Ireland captain Trent Johnston was the pick of the MCC bowlers earlier in the day, taking three wickets for 33 in his eight over spell after Hertforshire’s won the toss and elected to bat.

Ex-MCC Young Cricketer Jamie Southgate was the standout batsman for Hertfordshire, making 56 before he was dismissed by Mitchell – hitting nine fours in his knock.

He put on 86 in partnership with Ben Frazer for the fifth wicket who also fell to the medium pace of Mitchell to help Herts reach what looked like a reasonable score, but the gulf in the two sides soon became clear when MCC came out to bat.

The day was enjoyed by a strong crowd, who took up the chance to watch the game from the outfield – the first time spectators have enjoyed cricket from the hallowed turf at Lord’s since 1987.

More than 500 members of the general public also enjoyed the match from inside the historic Pavilion for the first time since the 1960s, with relaxed dress regulations in place.

Lara will be in action again at Lord’s next month in the next major Bicentenary celebration, when he plays for Sachin Tendulkar’s MCC team against Rest of the World.